A select group of female Enterprise and Digital Innovation students studying for their degree in IT at Ara were key contributors to the ‘Engaging Girls’ in Digital Technologies’ hui, organised by ImpactED in collaboration with Creative Trust and with support from the Ministry of Education.

At the event, held at Turanga on Wednesday 30th September, Arnika Macphail from ImpactED said “The overall goal is to give girls a safe space and an opportunity to interact with digital technologies and see what pathways are available. And we’ve got the awesome Ara girls here to talk to them about what they've experienced.” 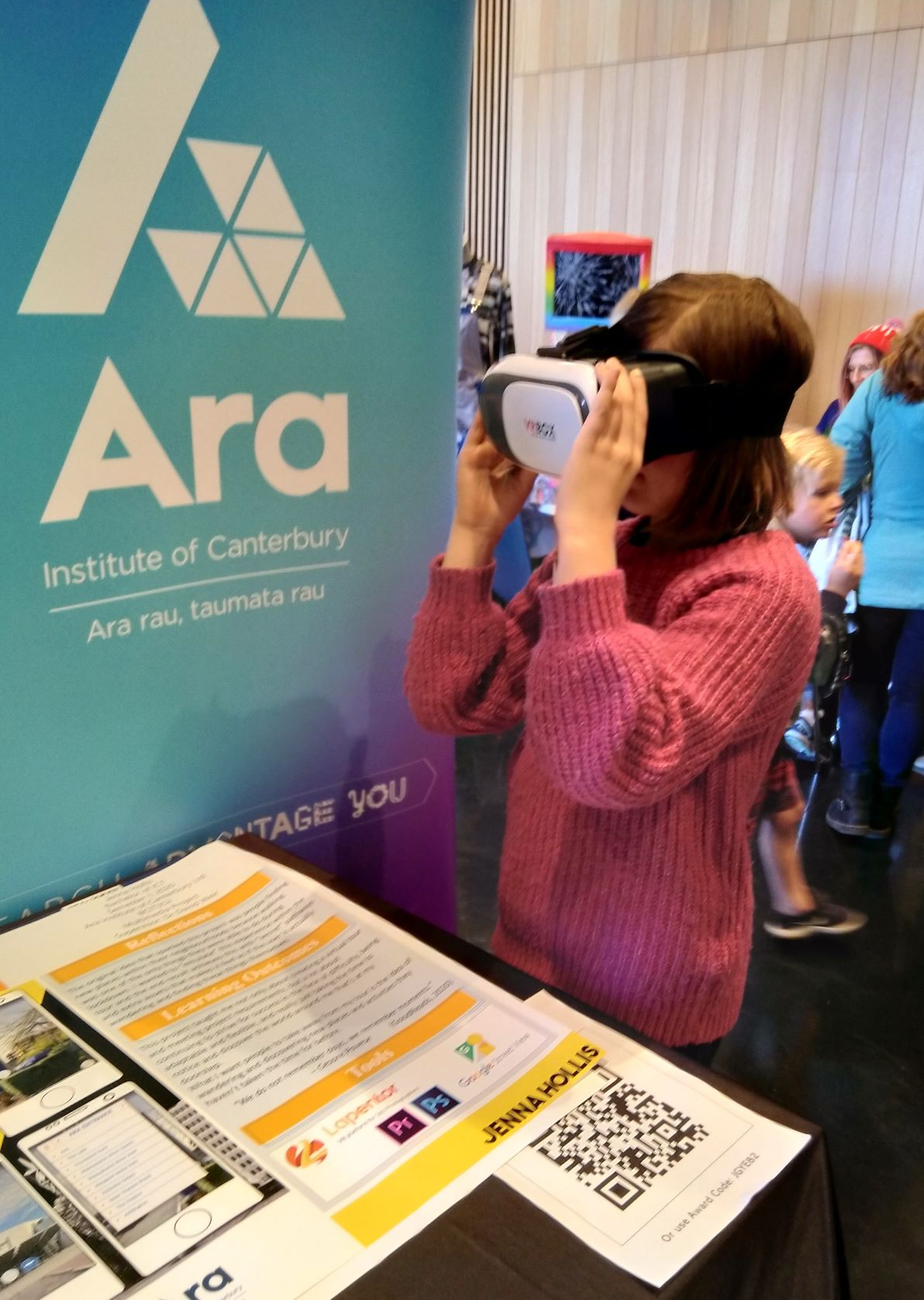 Jenna Hollis and Anna Nursultanova from Ara were onsite, sharing the details of their final-year industry placement project – in Jenna’s case, a detailed interactive ‘virtual’ tour of Christchurch city, best viewed through state-of-the-art VR goggles – with an excited collection of younger school-aged girls, aged from about four years of age through to 16.

Jenna knows the difference that actually seeing, meeting and engaging with other women who are pursuing careers in technology can make to the decision process of younger girls. “I think events like this are important because a lot of the issue comes down to not knowing any girls coming into tech. I didn't know anyone that had gone to university to do this but older students that I later talked to who have all the skills, they’re really good at coding, make me think ‘wow, it's not just the boys that are really good at coding or business.’ It really pushes you, because you realise ‘oh I can do that as well!’”

This is precisely why the team at ImpactED are so passionate about their outreach to young girls. Arnika says “What we're finding in the course of the work that we're doing with schools is that girls and young women don't necessarily take digital technologies as a study pathway even though it may be something they're passionate about. That's often something they fall into later in life, so we really want to encourage that integration of digital technologies and see that opportunity come to them as early as possible.”

Both Arnika and Jenna are convinced that women have an important role to play in helping to inspire adolescent girls with role models as well as keeping them safe from some of the more pernicious effects of digital technologies, including those associated with use of social media platforms. “I think it’s important to show younger girls that there's more to digital technology than just Facebook or watching YouTube or playing games,” says Jenna, echoing Arnika’s suggestion that “We have to realize that if we have too many of the same people behind social media programs that there'll be a bias within algorithms that are being created and that can be hugely influential on our lives.” 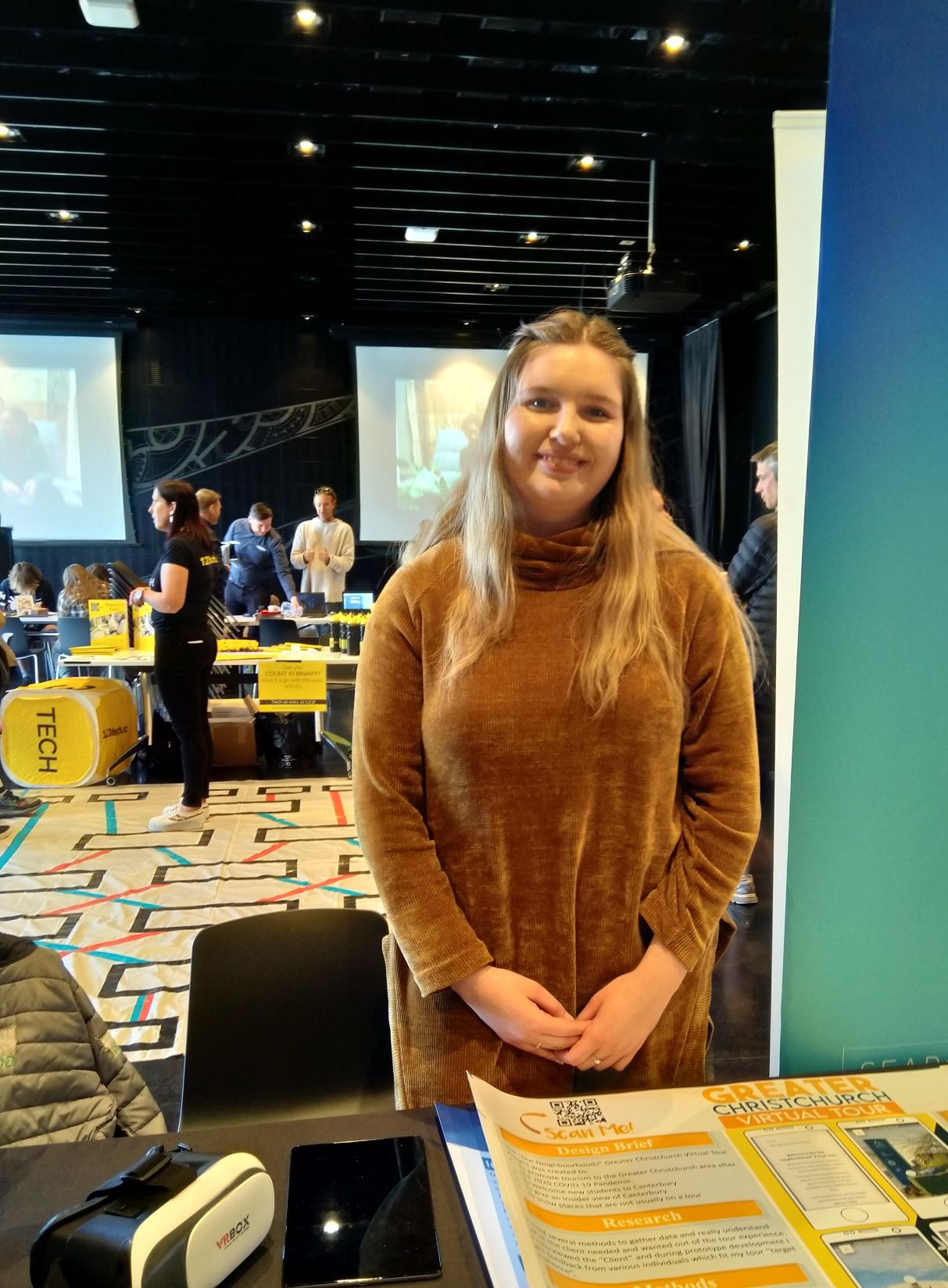 Jenna has noticed the bias that “comes through the sort of social media that’s directed at young women”, and questions why she’s not seeing more “things coming up on your page that are about women in business and being ‘girl bosses’ and this woman you know coded this amazing product, come and have a look at this -  killing it instead of content like ‘are you worried about your fingernails?’ Because I’m a young woman, 20 to 25, they give me all this pink and bubblegum stuff!”

Arnika underlines that all of the opportunities at the event “are around girls creating, using, and not just consuming digital technologies.” She is clearly proud of the fact that the ages of the girls – and women - attending the event range from 4 to 60, and they’re all fully immersed in trying out new technologies, talking to the young women who came up with them and trying their hand at coding.

In today’s world where every young person seems to be in perfect symbiosis with digital technology, it may come as a surprise that such an event is necessary but as the UK Guardian noted in January 2020 that “…women are missing out on (IT-related) entrepreneurial success… Worse still, a new survey shows that the number of women in the tech sector has barely moved over the past 10 years despite an industry-wide push.”

Clare McDonald, Business Editor for Computer Weekly, commented along the same lines in a December 2019 article, stating that “Women make up only 16% of IT professionals, a trend that has remained the same for 10 years in a row, according to WISE, the campaign for gender balance in science and engineering.” 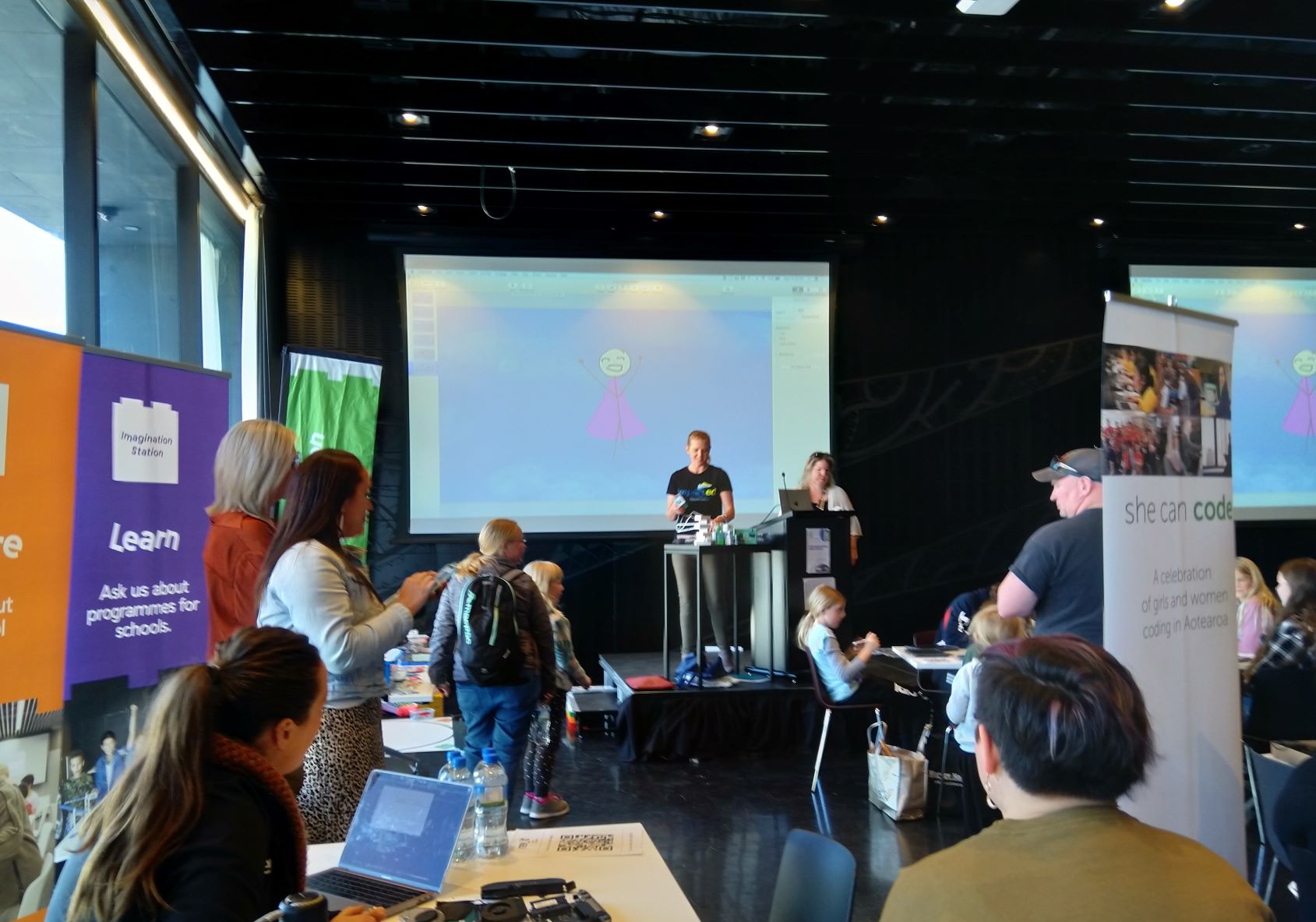 When looking for reasons for this, many have pointed to an exclusionary business culture being at fault. In the same January 2020 article the Guardian found that “the industry has cultivated a toxic ‘bro culture’”.  However, many others have identified the problem as beginning much earlier – originating within the educational system. Vanessa Vallely, founder of membership organisation WeAreTechWomen, makes precisely this point, as does the ‘WomenTech Network’ site which claims “Inequality in the workplace begins with inequality in the classroom,” citing research that shows that STEM subjects such as mathematics and science are subject to gender stereotyping, which results in fewer girls studying such subjects in high school.

Jenna is certainly aware of the issues. She says “There aren’t many girls in tech. I think when I started my degree, there were only 18 girls in my degree out of 100 students. It’s a bit like – ‘you can join the boys’ rugby team but would you?’ It’s kind of a stark contrast; it requires a time of an adjustment. I wouldn't say it's really tough to overcome but it is kind of like – “oh, okay I am the only girl in this room!”

Arnika says of the event “I think that this is really bringing out the girls’ passions; whether that’s sports or fashion, or coding and robotics, we can still make it more meaningful and help to design courses where they have an impact on the world.”