Pacific participation in tertiary education is growing in Canterbury, thanks to a concerted effort by Ara Institute of Canterbury to support Pacific learners. More and more Pacific people are studying at Ara, successfully graduating and even working at the institute.

These successful individuals are acting as role models, inspiring others in their community to improve their lives and those of their families through participation in tertiary education.

Epe Valavala was a “full-time, stay-at-home mum” before studying a Bachelor of Applied Management at Ara. She says study was a revelation. “It’s shown me my worth, my capability and reminded me of my purpose in life and the many great things I want to achieve.”

She adds that “seeing more people like us in the corporate world will encourage others to get into business and increase our independence. It will also open more doors for our people.”

Many Pacific students at Ara are the first in their family to pursue a tertiary qualification. Nina Maluafiti is her family’s trailblazer. “As a Pacific student at Ara, I’ve received genuine care and support for my success and wellbeing,” she says. “I have a voice, I’m heard, and my issues and suggestions are acted on. My confidence in my identity has grown, and I've grown as an individual too.” 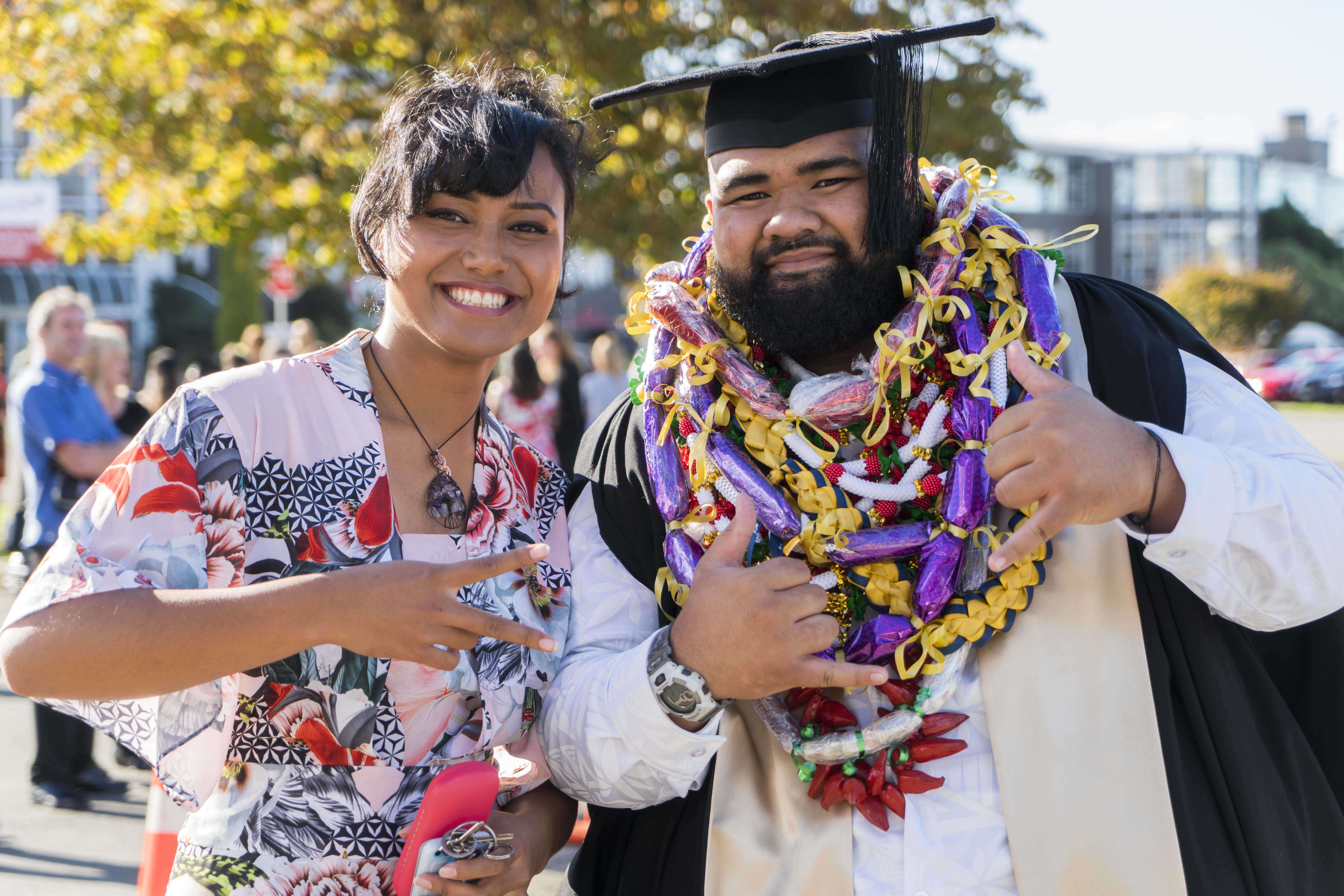 Feleti Pesefea (right), graduated from Ara with a Master of Creative Practice and is a role model for his community.

Feleti Pesefea is another outstanding example of a Pacific Ara graduate, having completed a degree in music at Ara, followed by a Master of Creative Practice. Hugely committed to his family, his Samoan culture and the Pacific community, the former tradie has established himself as a force of creativity with a very bright future doing something he’s deeply passionate about.

Ara’s acting chief executive, Darren Mitchell says Pacific success is a vital component of the institute’s success. “When Pacific students’ needs are being better met by the system, then the whole of the tertiary sector can be assured that it’s on the right track, just as is true of the drive to better support Māori students and integrate their culture within the educational sector.” Ara’s Pacific Development Lead, Sua Tauti, says a great deal of progress has been achieved at Ara to ensure that Pacific success is a genuine priority at the institute. “We’ve developed a Pacific strategy, established a specific ‘Pacific Leader’ role, we’ve increased our Pacific academic staff numbers and we’ve created an annual calendar of events and activities for students and community members.”

Tauti says while that’s encouraging, there’s still much work to do. Over the next couple of years, Ara will increase its level of pastoral and cultural support, provide more scholarships and put in place deliberate initiatives to address Pacific staff development while also educating colleagues how they can inspire, engage and advocate for Pacific students at Ara.

Ara is strongly committed to ensuring the Pacific community helps determine the direction of its Pacific strategy. Its Pacific Advisory Group is stacked with Pacific community leaders including Patricia Siatiaga, an educational advocate, and Darren Folau, a former detective sergeant in the New Zealand Police who is now a senior advisor at the Ministry of Pacific Peoples.

Folau says the fact that Ara has an advisory group “adds value to what they want to achieve, and to what our people need”.